We are having dog bedtime issues. She won’t settle on “her” bed of choice.

Ours is preferable. In particular, my side. Now we have tried shifting her off but she just returns to re-route me. She has her own armchair upon which to sleep. Not her favourite. Her number one choice is the spare double bed.

The idea of the dog having her own double bed is vulgar. I feel like the sort of person who will one day push his elderly dog around in a silvercross pram and only feed it poached egg on rye bread.

This weekend has been leisurely and fun. First things first, had post work drinks on Friday night. I love a post works drink but venues and clothing options are hard to choose. I say venue as All Bar One is a favourite but it has a shelf life. By about 8pm, it’s ruined as the night out-era enter. Suited, booted, or slutty and sequinned. At that tine however, it’s a no mans land. In between. It’s an odd combination. And wine from 5pm till 8pm is fabulous, as the bar is on that slope with you. It’s awful when the night resets itself and all of a sudden you are a table full of lushes wasted whilst everyone else is on their first vodka and coke.

That hour was about 8:30pm, Pete joined me and we headed off to find something to eat. We looked at some Brazilian steakhouse but I will never eat somewhere which doesn’t advertise it’s food prices. I assume I’m going to be shocked and unhappy at the final bill. So some reliable Strada faction invoked. Don’t tell those who I only recently voiced support for in the battle to support independents. I was weak, hungry and needed to know a price. Really enjoyed it actually.

We were home before 10:30pm. Graham Norton in bed with a dog who kept turning away from us. Angry she’d been left alone. If only she’d known that she had caused us all manner of trouble trying to get her a hair appointment. Daphne ended up in a rather unsalubrious looking venue the other side of the city. Book, cover and all that. Oh my. They did a cracking job and it was cheaper than anywhere else I’ve heard of. And Daphne came away just as happy as any other place she had been looking gorgeous. 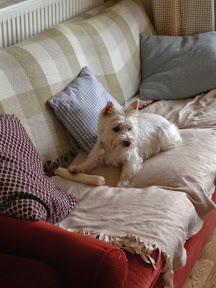 Excuse my terribly grumpy face. I was concentrating. 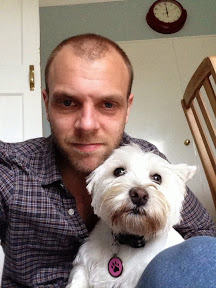 Went to Meadowhall, bought a cook book and a new shirt for my London jaunt. Very excited, not long now. Between now and then tho I have ironing to sort. Should have done it today, didn’t. Instead I ran 12.5 miles. The view was epic. 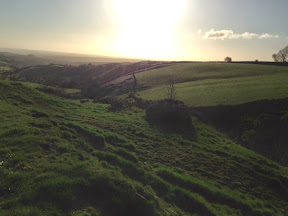 I returned home and balled up socks, trimmed a load of bushes in the garden, had a small fire of a load of garden waste, made a moussaka, had 2 baths and listened to my beloved Radio 2 favourites.

I’m going to profess my adoration for something new-Liza Tarbuck’s Saturday night show. A hilariously random mish mash of music, chat and listener participation. Saturday saw a discussion about “freezer roulette”, where one defrosts something only to discover it something else. Beyond the usual chilli vs spaghetti Bol, breadcrumbs vs crumble shenanigans we had something hilarious. A woman who sought black pudding but defrosted a mole she had found and frozen. It’s intended recipient? Chris Packham. Apparently she also found a kingfisher and sent it to Packham, but got asked not to again as it had arrived “between Watches” and was in rather a state when opened in the production office. People are geniuses.

So we are just a few days away from our second annual trip to London for Easter. Cannot wait. On the cards is a trip to see The Bodyguard, some antiques/homeware shopping, good food, wine and a landmark spotting training run with Anne. Will be a fabulous trip. Just 3 days of work to conquer.

Any other news? Not really. I have new shoes. 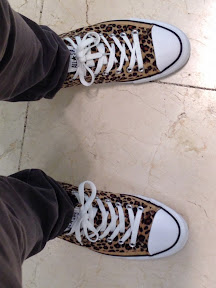 Otherwise all is the same. Ill blog some updates post Easter in London. Some musings on Christianity. Or me banging on about Cheese and Beverley Knight. More likely the latter. Less divisive. Have a good one folks. Blog soon x

– Posted using BlogPress from my iPad